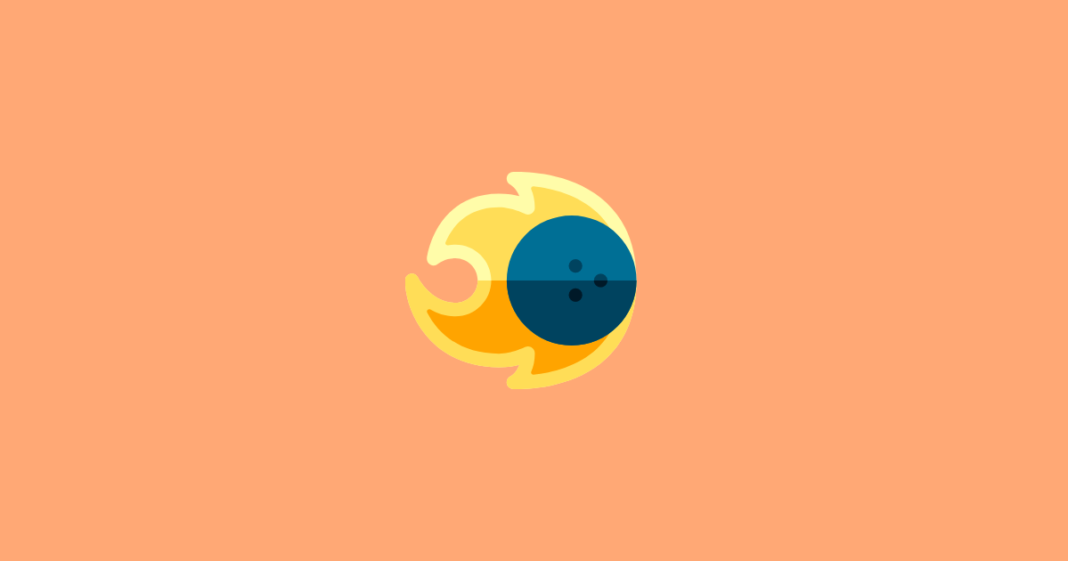 Knowing the speed of your throw in bowling is quite necessary. Without knowing the ball speed, you can’t configure whether you’re doing good or not. According to authorized bowling ball speed charts, the average ball speed during the impact with pins should be somewhat between 16 to 17 miles per hour. Anything below the range is pointed as a weaker throw that can’t be fruitful always.

As a professional bowler, you must master bowling at an eligible speed. Throws with an ideal pace not only finish the game shortly but also increase the possibility of scoring strikes. Balls thrown with a good pace create the required amount of momentum that easily knocks all the pins at the end of a lane.

So, today, I’m thinking of why not calculate the average bowling speed with the help of a translucent speed chart? It’d actually help you know if you need to do some improvements in your bowling techniques.

To score consistently, you must practice throwing at a decent speed depending on the situation. Also, you need to have control over your throwing pace in matches.

You can’t master the game by only throwing accurately towards the pin without crossing the foul line. You need to feel the bowling lanes, the potential of your bowling ball, and the required amount of force.

For example, when you’re bowling at a dry lane, where the oil pattern doesn’t do much of a job, you should try to release the ball at full speed. Otherwise, the lane would create unwanted friction to consume half of the ball’s pace and there’d be no strike.

On the contrary, you can’t throw the ball with your full strength at wet lanes where oil patterns put direct impact. Faster throws at heavy oil patterns don’t create hooking at all. Therefore, you need to limit the ball’s average speed and allow to create a perfect hook on those lanes.

Ultimately, you can’t be good at bowling without having a grip over ball speed. First, you need to understand what type of lane you’re bowling on. Next, you’ve to consider your bowling ball’s construction. With those two things in mind, you can easily calculate how pacey your throw needs to be.

What Is The Average Bowling Ball Speed?

From the moment of throwing to the moment right when the ball starts hitting, the average bowling ball speed is 18 mph globally, according to the United States Bowling Congress.

Despite the average being around 18, experts consider the ideal speed to be more than 18 miles per hour. It’s because bowling at an average speed might cost you scoring slower than other competitors in the game.

The standard might not seem reachable for every bowler in the world. That’s why there is some research on both common and pro bowlers separately to know how much speed they produce in throws. If you see the difference, you’d easily understand the matter.

Professionals release the ball at 20-22 mph and those deliveries hit the pins at 17 mph speed at least. So, you can find pro bowlers’ bowling ball speed stays around 18-19 miles per hour after calculating from the beginning to the end.

The average players can’t deliver speedy throws like experts. Yet, they are just 1-2 mph behind the experienced players. Normal players keep the bowling ball speed not more than 20 mph, and in the end, the total average speed remains between 16-18 mph in most cases.

Methods You Can Follow To Measure Bowling Ball Speed

Till now, there’ve been two methods granted in official arenas to measure the speed of each legal throw completed by bowlers. These ways of calculating speed are easier and more accurate than other options.

In the last four or five years, there’ve been lots of changes happening in professional bowling and authorities. The most iconic change we can see is in the digital and on-screen scoring scoreboards. Besides scores, you can also see the speed of each bowler and individual speed data on every round on the board.

This kind of stuff was first seen in a PBA event back in 2019. Automatic scoring has real-time sensors that can track the movement and give an accurate and calculated result. Although many local arenas can’t afford such a costly AI, it is still considered the most perfect one as analog calculations might prove wrong sometimes.

Actually, this is a method that people have used most to know professional bowling ball speed in matches. Using stopwatches to read the speed can also be a good decision if being worked hard.

In this method, there has to be someone with a sharp reflex around the lane who can start the stopwatch exactly when a ball is being released and stop at the moment of the ball hitting the headpin. Along with that, a good bowling ball speed chart is also highly required.

How to Measure Bowling Ball Speed Using a Stopwatch

Here’s the step-by-step guide you can follow to get a perfect reading on the speed.

Having a speed chart is good. You can know about your recent performances and developments anytime during practice. And don’t worry about finding an accurate chart now as we’re showing you one.

Earlier, we’ve also mentioned the method of knowing speed using a stopwatch. Take the average stopwatch reading and match it with the chart to know what’s your average speed.

How Fast Do Pro Bowlers Throw?

As said earlier, pro bowlers don’t have throw speeds less than 18 miles per hour. In some cases, experts also avoid bowling too fast. The possible speed range for players are divided into a few sections by the National Bowling Academy. Hence, you can have your answer by seeing the following table.

Fastest Bowling Ball Speed – A Guide to How You Can Achieve

Human beings are born with limitations. So, even if you try, you can’t cross your max speed limit. As a commoner, you can easily raise your throw speed up to 18 miles per hour or 28.9 kmh. But for that kind of improvement you need to work hard and follow some regulations such as:

However, don’t push yourself too hard to increase the average speed. Because not everybody is Osku Palermaa who once bowled at 28.9 mph speed. For a moment, he became a beast on that day and surpassed many great bowlers in history.

According to USBC’s guidelines, the speed during the release of bowling balls should be at least 21 mph for the optimal result. As the bowling ball crosses the lane and reaches the pin, it tends to lose around 3 mph of speed. Thus, the average result is nearly 18 mph on a standard lane condition.

Lane conditions are directly related to ball speeds. To have the desired amount or reactions like hook or skid, you need to determine the speed according to the lane type. The faster you release, the less reaction you get.

If the oil pattern is larger, you can expect the ball to be quick enough with a minimum force. Here, don’t try to put extra effort. Or else the ball would reach pins without reacting. And, exactly the opposite thing goes for very dry lanes.

Neither rev nor speed can play a dominant role. Both terms must stay under a balanced ratio as described in the table.

How You Can Increase Your Bowling Ball Speed – Some Quick Tips!

Still confused on how to make your throws more speedy? Well, you can follow some pro tips to bring improvement in the playing style and score more.

Getting control over bowling ball speed isn’t as easy as people think. It takes months of practice with full focus to achieve the expertise. Additionally, when you can control a bowling ball’s speed during the release, you’d surely be able to speed up the throw anytime needed.

Overall, keep in mind that bowling under 18 mph speed is a poor performance except for a few special cases. Always try to bowl at higher speeds for great outputs.

Is it better to throw a bowling ball fast or slow?

If you’re looking for more pin action than hooking, fast throws are better. On the other side, slower throws are a must for having more reactions.

Is 140 a good bowling average?

For an occasional player, the score seems okay. But it’s a below-average performance for a regular bowler.

To gain 200, you’d require a couple of strikes.

How Much Does It Cost to Drill A Bowling Ball?

How Long Is One Game of Bowling?

No-Tap Bowling – Everything You Need to Know

Professional Bowler Salary – How Much Do They Actually Make?