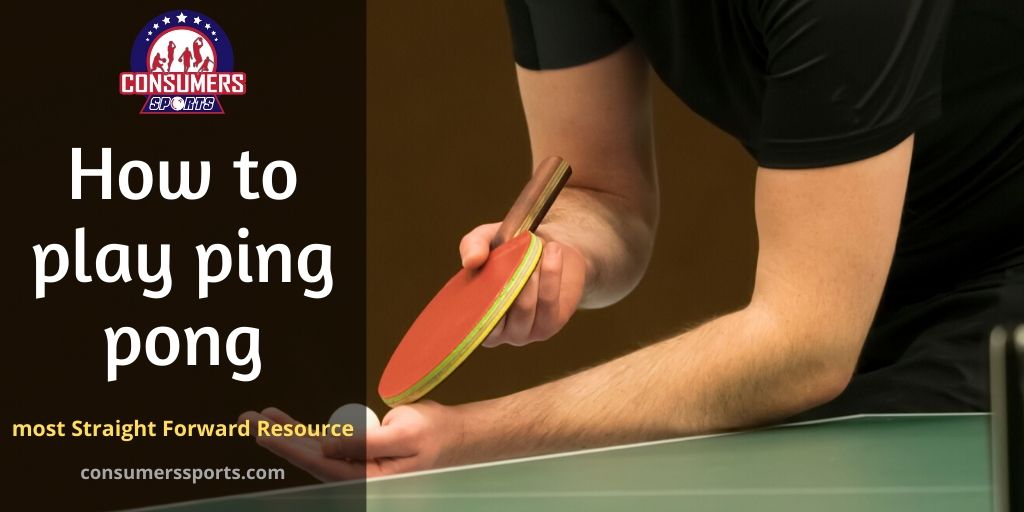 So you want to know how to play ping pong? (table tennis)

I’m sure you’ve tried to figure out the rules of table tennis already but couldn’t find the most straightforward resource to learn this beautiful game.

If so, then you are in the right place.

Table tennis is a fun sport, no doubt.

Luckily, the basic rules of table tennis are not hard by any means.

You can play either single (1 vs. 1) or doubles (2 vs. 2). The rules are almost similar, except for a few differences.

In this article, I’m going to tell you all the rules of table tennis in the most simplistic way possible.

The Basics of How to Play Table Tennis

Before I dive into other rules of table tennis, let’s see what is the fundamental goal to win a game.

Your primary goal or objective is to win three sets before your opponent.

To win a single set, you have to score eleven points and be at least two points ahead of your opponent.

If the score goes to ten-ten for each of the players or teams, then the game continues until one player (for singles) or team (for doubles) goes ahead of another player or team by two points.

How Do You Score Points?

Now, let’s learn some of the rules related to scoring a point. Remember, you have to score eleven points to win a set.

To score a point, you have to hit the ball with your ping pong paddle or bat over the net to your opponent’s side.

If your opponent either misses the ball or hits the ball, but the shot is blocked by the net, you will score one point.

The Things You Can’t Do

Now, I’m going to point out some actions that you are not allowed to do in table tennis.

Otherwise, you will lose a point to your opponent.

So here are the ways you can lose a point –

If you breach any of the rules mentioned above, your opponent will get one point. Don’t let the opponent get 11 points ahead of you to win a set.

So, now let’s learn some of the rules related to service.

This continues until either of the player or pair win a set or reach to deuce.

What is the Deuce in Table Tennis?

Deuce is when the score is tied. Generally, it’s when 10-10. That means both the players or pairs have reached the score ‘ten’.

This is when you require at least two more points advantage to win the set.

Please note, when you and your opponent reach the deuce, you guys will get only one service at a time as opposed to the two serves.

What is Out of Turns in Table Tennis?

This applies when you are playing doubles. The rule is you and your partner must hit alternatively during a rally.

Let me elaborate on this rule a bit.

When you are playing doubles, you are two in number on one side, right?

Next time when any of the opponent’s members hits the ball back again, this time, your teammate must hit the ball back, not you.

If any of you play two shots successively instead of altering between the teammates, it’s called out of turns. As a result of out of turns, your opponent team is rewarded one valuable point.

These are all the basic rules for playing table tennis.

I’m sure; I’ve been able to teach you how to play table tennis in the simplest way possible.

This is not a table tennis drill guide, by the way. It’s all about rules.

Can you lose on a Serve in Ping Pong?-[Reliable Guide]