ConsumersSposts is reader-supported. If you buy an item through the links on this site, we may earn a small commission at no extra cost to you. Learn more

Note: learning the right mode to hold a ping pong paddle does not automatically make you a great player. It only gives you more power plus control over your stroke and the ball.

So, whether you are a beginner or a ping pong performer who never knew that there is the right technique to hold a ping pong paddle, keep reading. In this article, we dig deeper into the art of holding a Ping Pong Paddle the right way. 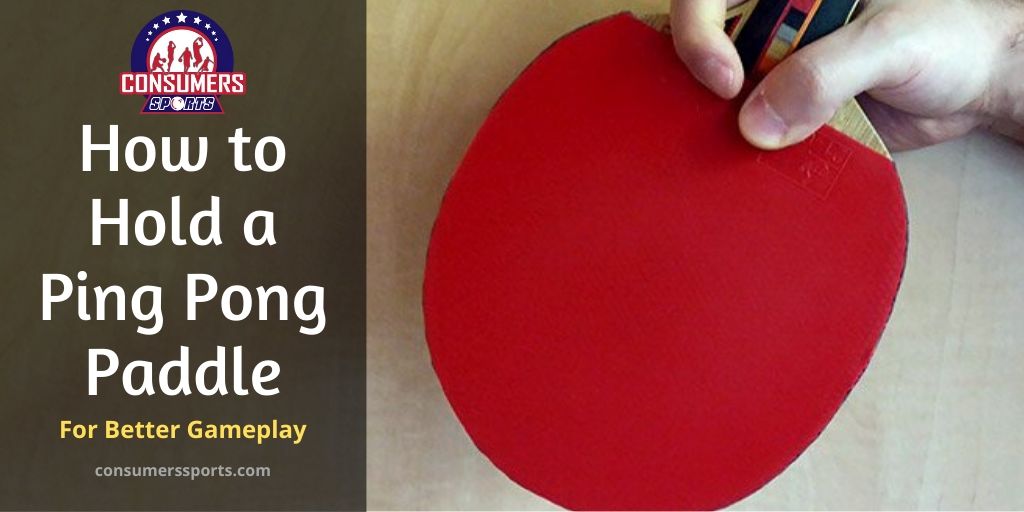 First off, there exist two significant types of grip in the Ping Pong game. They are the Shakehand grip and the Penhold grip.

While some people like to save the best for last, we prefer to start with the best. Most ping pong players around the world adopt this style of ping pong paddle grip. It is popular among westerners as they tend to play with this grip. However, ping pong players across Europe and Asia have also adopted this grip technique. Perhaps, the reason is that it is straightforward to use. It also gives players control over the ball. 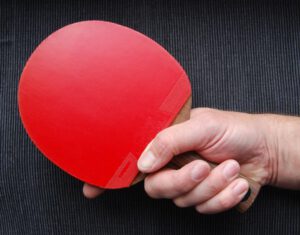 While trying out this technique, ensure that you place your fingers in a way that enables you to try different ping pong techniques like the forehand and backhand flick, drive, etc. In other words, flexibility is the goal of getting the paddle grip correctly.  Start by gently pinching the paddle head with your index finger and your thumb. Then, wrap your middle finger, ring finger, and your pinky around the paddle handle. For your wrist to freely swing the paddle while you play, the pressure is applied on the index finger and the thumb, not on your other fingers. More so, sportsmen often advise that you should hold the paddle loosely than firmly.

There survive two types of shakehand grip techniques, namely the Shallow Shakehand Grip and the Deep Shakehand Grip. The difference between these two is pronounced in how you place your thumb on the paddle.

Using a penhold grip technique begins with circling the index finger and the thumb around the paddle handle. On the backend of a paddle, the rest of your fingers can either assume a flat or curved position.  The handle of the paddle is shorter than the paddle used for the Shakehand grip technique. 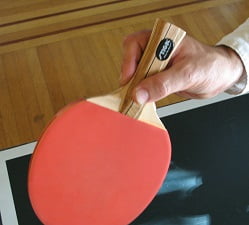 The hand position behind the paddle is the difference between the distinguished Chinese penhold grip and the Japanese/ Korean Penhold grip.

There are other types of Ping Pong grip that some players use. But the Ping Pong Tournament only approves a few grip techniques. Some of the grip techniques that exist include the Seemiller grip, the V-grip, Hammer grip, etc.

In conclusion, beginners should start their ping pong journey with the Shakehand grip technique. It is easy to learn, and you would quickly get comfortable with it. Also, holding the paddle well is very crucial to the success of any Ping Pong player. Although it doesn’t instantly make you a pro, it gets you off to a smooth start.

Consumers Sports is a participant in the Amazon Services LLC Associates Program, an affiliate advertising program designed to provide a means for sites to earn advertising fees by advertising & linking to Amazon properties including, but not limited to, amazon.com